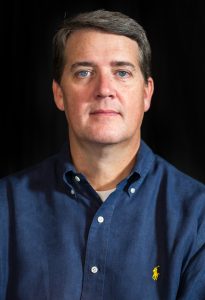 Three days ago, the Southern Baptist Convention’s Executive Committee met in Nashville to vote. This was supposed to clear the way for an investigation into sexual abuse within the SBC.

So, what on earth happened?

As Liz Evan, an attorney and SBC Sexual Abuse Task Force member so accurately stated, “They (The SBC Executive Committee) have flagrantly defied the overwhelming will of the Messengers. A few dozen folks in Nashville decided they know better than the 17,000 Messengers appointed by the churches. Waiver of privilege was not something the Messengers delegated to the EC to consider in their discretion; waiver was a direct and specific command from the Messengers, and it was flouted.”

The SBC Executive Committee was supposed to honor the will of the Messengers. Only one problem with that. President and CEO of the SBC EC, Ronnie Floyd, and 55 EC members said ya’ll don’t matter, victims don’t matter, children don’t matter…but WE do.

Here’s how Ronnie Floyd and his team of attorneys bullied and manipulated until people bowed to their will:

Got it. He doesn’t want his sins and those of others he enables to be revealed.

Hmm, so the mission isn’t to protect children and comfort those whose lives have been destroyed by predator clergy within the SBC. Ok??

Vindicate Ronnie Floyd from what? What is he hiding? What are they both hiding? Oh wait, that’s why they don’t want to waive privilege…

REALLY?? Their fiduciary responsibilities? That’s what they think matters more than the protection and souls of children??? Sounds like this lot have lost sight of something or someone…Jesus.

Which brings us to the more pressing question. Why?

Why did Ronnie Floyd and these 55 EC members make sure the vote went against the will of the Messengers?

The reasons why they don’t want to address sexual abuse are more plentiful. Here are some of them:

Most people sitting in the pews of “First Baptist Church of XYZ” have no idea what goes on at these meetings. They don’t know the impact they have. It’s not because they don’t care. It’s because their pastor goes home and tells them, “Nothing to see here. Pay no attention to the man behind the curtain.” And all moves merrily along.

Others do read headlines and watch the news. They see that something is going on. But because their pastor and leaders won’t tell the truth and refuse to have them trained properly on sexual abuse, they still don’t appreciate the statistics and the reality of abuse victims in EVERY church.

As was made crystal clear in the SBC EC meeting this week, Floyd and the attorneys did all they could to scare the hell out of the EC members. Making them ALL think they could be sued personally by waiving attorney-client privilege. What’s misleading is only those who did something illegal or immoral might have the chance of being sued. So, what are Floyd and attorneys really worried about?

It boils down to what it always boils down to…money and power. And Floyd and his cronies aren’t willing to surrender either. Even though the Messengers said otherwise, and 19 members of the EC BEGGED the others to let the chips fall where they may.

These 19 said on several social media platforms and others, “if we don’t have anything to hide there’s no reason not to waive privilege. And if wrongs have been done, we must expose them!”

This we know is true. There are many documented cases of abuse within the SBC. And the SBC EC is doing all it can to keep these lies, crimes and cover-ups hidden.

Ronnie Floyd and many of those 55 EC members KNOW once they open the door, it will be a floodgate of victims in desperate need of compassion and help. And they simply don’t care enough to do that. They don’t want to be bothered with it because they have other goals in mind.

And ALL these things, in and of themselves are obviously very good. They do so much to help so many. But does that mean we only have time for these?

As my dear friend, Boz Tchividjian, was quoted on 60 Minutes Australia saying:

“You cannot begin looking at the future and planning for the future until you have properly addressed the past”.

He went on to say:

“If you love Jesus, then my goodness start acting like Him. In the most important moments of life. And that is, when you are approached by the hurting and wounded, stop everything you’re doing, and reach out, and expend yourself for them. Isn’t that what Jesus did over and over again? That’s what the church should look like. And unfortunately, that’s hard to find these days.”

So, here’s the last of our questions for you, the members of the SBC EC…

Is your calendar so precious to you, that those most precious to Jesus aren’t worthy of your time, money, and best efforts?