Why Every Act of Child Sexual Abuse Should Be Educating Us All – Pamela J. Pine 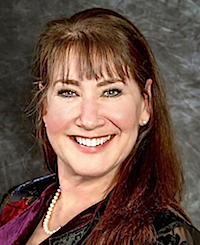 Hundreds of girls practicing for the Olympics over the last 20 years were sexually abused by their assumed-to-be trusted coach. In the early 2000s, this story broke: priests in the Catholic Church were sexually abusing children. The Boy Scouts of America, in the face of a new wave of abuse allegations in 2019, filed for bankruptcy. So many, many more are abused by mothers, fathers, brothers, sisters, aunts, uncles, cousins, neighbors, and others. Some children told when or shortly after they were abused. Nothing was done. By anyone. The children grew up. They told, some of them for another time. Now, after keeping the secret for decades in some instances because they were groomed and shamed and manipulated into doing that, something is sometimes done, by some, in some places – but definitively not in all. Some people are now saying: anyone dealing even remotely with children need to be trained; parents need to be educated; children need to be spoken to.

In the year 2000, I got something across my computer screen from the Centers for Disease Control and Prevention (CDC): a call for proposals for research on interpersonal violence, and I started reading the information under child sexual abuse (CSA). I knew nothing at the time: not what CSA really is, how it effects kids and adolescents and the adults they become, not how often it happens, not who the likely perpetrators are. I kept reading. I asked my public health colleagues if they ever had a course or anything that discussed this issue. No. Nothing. Did they know…? No, they did not. Kids should be safe, grow up happy, and able to make a fulfilled life.

More than one in four girls and at least one in six boys in the United States is sexually abused by the time they are 18 years old (CDC, 2014). This translates into more than 42 million adult survivors in the U.S. alone. At least 90 percent of the time, the children who are sexually abused are abused by someone who they know and who has regular access to them: coaches, yes, and teachers, clinicians, neighbors, and family members. Many children are abused by family members: fathers and stepfathers, mothers and stepmothers, uncles, aunts, cousins, brothers, sisters… “And the younger the victim, the more likely it is that the abuser is a family member. Of those molesting a child under six, 50 percent were family members. Family members also accounted for 23 percent of those abusing children ages 12 to 17” (Darkness to Light, 2014). These numbers are similar in many places in the world – and in some places, they are worse.

CSA constitutes a broad range of behaviors and occurs in epidemic proportions across the globe resulting in a host of poor outcomes for children, the adults they become, and society at large. CSA severely affects a broad spectrum of mental and physical health outcomes, life expectancy, and the monetary cost to nations. It is a part of a spectrum of other adverse childhood experiences or ACEs (e.g., physical and psychological abuse, neglect, parent incarcerated, parental substance abuse (see the work of Fellitti and Alda and www.ACEsTooHigh.com) that are also extremely damaging as well as multiplicative in terms of negative impact. In comparison to the problem, little is being done – but needs to be, could be, and must be.

Passion “got” me, and dedication sustained me. I started an organization to comprehensively address CSA. That was 20 years ago. I and my colleagues have done a lot, in many places, including parts of Africa, throughout the EU, in the UK, and the U.S. More needs to be done. It has never been easy – in fact, it’s been difficult… to get people to pay attention, to get funders to support the work, to make headway.

When an anonymous “Joe” from one state travels to another state and kidnaps and rapes a child, well, many people say: execute him, castrate him, throw him in prison for the rest of his life. However, when it is dad, and dad happens to be an important community member, and certainly saying something will bring real discomfort, well, maybe the child is just lying. Or maybe we need to work on unifying the family. Or maybe… And, the fact is, that different solutions do need to be found for each situation.

But, overall, we just don’t want to talk about daddy – or mommy. Especially if they are “good people.” We must.

CSA causes grave physical, psychological, developmental, and neurological short- and long-term harm to children and the adults they become. It results in a large spectrum of psychological and neurological and physical damage. It costs the nation billions each year in “clean up” (therapy, social services, police, clinicians, legal and court costs), and decades of personal, familial, monetary, and societal costs for adult survivors and those around them.

Children do not have a voice or the power to act preventively or in their own defense. We need to speak for them and act for them. Communities need training in how to talk about CSA, how to report CSA, and how to keep children safe during disclosures of CSA.

We need to enact laws for their safety. We need to educate and train all those who have access to and work with children: fathers, mothers, other guardians, nannies, teachers, coaches, nurses, doctors, other clinicians, police, social workers, clergy, court-related professionals, and volunteers.

Yes, we should continue the conversations around #metoo, #metooCSA, #churchtoo, etc… AND, we need also need a national comprehensive movement of action to prevent, treat, and mitigate CSA.

Findings from the 2017 World Health Organization’s (WHO) Clinical Guideline for Responding to Children and Adolescents Who Have Been Sexually Abused (WHO, 2017) states that sexual abuse, including sexual assault or rape, of children and adolescents is a major global public health problem [emphasis ours], a violation of human rights, and has many health consequences in the short and long term” (p.1).

Various global studies were used in the WHO Guidelines to determine the number of cases of child sexual abuse. When medical authorities were informed, they underlined a need to “(i) work with communities to improve timely care seeking by survivors of abuse (ii) raise awareness of health-care providers about child sexual abuse and its health consequences and how to recognize it; (iii) improve the response by health care providers towards those children and adolescents who seek services; and (iv) improve coordination and timely referrals between other services or authorities where children and adolescents who are sexually abused are identified or taken to, and health services” (p.8).

Stop the Silence®: Stop Child Sexual Abuse, Inc. (https://www.ivatcenters.org/stop-the-silence), the organization I began, was a two-decade-old, award-winning, international CSA prevention and mitigation program that now also addresses other adverse childhood experience (ACEs) and, as of 2021, is a Department of the Institute on Violence, Abuse and trauma, www.ivatcenters.org, an organization based in San Diego, CA (though the Department continues its presence just outside of Washington, D.C. in). We provide comprehensive, evidence-based, innovative, and creative programming to prevent, treat, and mitigate child sexual abuse. Its staff and associates are experts in the field of CSA and childhood trauma. Stop the Silence®’s focus is on awareness-raising, policy development, education, and training a host of service providers and the public toward creating a critical mass. I have developed these areas of intervention, including an innovative online training for various service providers, into a comprehensive model for prevention and mitigation of CSA. I see our role as helping to catalyze change, providing information and skills to those in communities, states, and countries so that others are able to move programming strategically and systematically forward, thereby providing a sustainable base and momentum.

I cried when making my early presentations about CSA and I needed to turn around to collect myself for a moment – all I had to think of was my own kids when describing what went on, and then that thought turned into everyone’s kids. When our first public service announcements were on NPR to educate the public and advertise about the first Race to Stop the Silence® (annual of 10, from 2004-2013), the well-known NPR staff person who read the PSA literally stumbled over the words (the name of the organization “did the trick” in forcing others to say the then-taboo phrase “child sexual abuse”). Early on, when introducing myself and my organization in calls to companies to garner support, those at the other end of the line, hearing the name of the organization, would literally lower their voices as if someone could hear me (or their minds). It has changed: on the phone with Verizon the other day, I was asked what Stop the Silence® was and my short description resulted in a “Good for you! Wonderful that you are doing what you are!” Things have changed. More needs to be done.

As time passed, I designed Stop the Silence®’s Comprehensive Child Sexual Abuse Training, Prevention, Mitigation, and Care Model, which seeks to promote and protect the physical and emotional safety of the child and adolescent by working with others to provide key information to policymakers and stakeholders, non-offending caregivers, educators, healthcare providers, law enforcement officials, and other societal leaders, as well as community professionals and members of the public at large so that they are able to consider all potential harms and choose actions that will minimize the negative consequences on the child or adolescent. In 2018, Stop the Silence®’s entered into a partnership with an organization in New Zealand, Trust MYRIVR, using new, innovative technology available through them, to gather and provide information to the public and coordinate access to services.

With Passion… The collaborative partnership between Stop the Silence® and MYRIVR, and now a 15-member worldwide coalition, is helping to make a fundamental change in the current circumstances regarding CSA and ACEs in New Zealand and around the world. I chalk at least a good part of our progress and success to passion, mine, and others’. With Passion and hard work, we can change the world: for the kids, for their adult selves… for us all.

Founder and Director, Stop the Silence® – A Department of the Institute on Violence, Abuse and Trauma (IVAT)