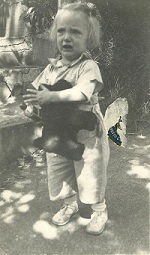 Do you want a child of tears? 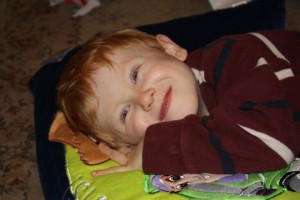 Or a child of joy?

Five children die every day from child abuse and neglect. Around 80% of child maltreatment fatalities involve at least one parent as perpetrator. More than 70% of the children who died as a result of child abuse or neglect were two years of age or younger. More than 80% were not yet old enough for kindergarten.  9.2% of these children were sexually assaulted.

Do these stats raise your hackles? At the very least they should cause you grievous concern. Are not our children our greatest hope for a bright and healthy future? It’s become almost a cliché but you have to have a license to fish but you don’t have to have a license to have a child. A large number of adults (and teenagers) have no business having a child. They have no experience in caring for a child, are too self-absorbed, don’t really want responsibility, want a child so they will have someone to take care of them in their old age and other such selfish motivations.

I was fortunate. When I was nine my mother gave birth to a little girl, Jeanne. She turned her care over to me. She had had four children in as many years and was worn down. Taking care of Jeanne was the best preparation for having a child I could have had. I learned to nurture. I developed maternal instincts. I learned to care for someone more than myself. I used to get up in the middle of the night with her to change her pants, warm her bottle and feed it to her as I rocked and sang to her. I did all of it with a soaring rapture. It was to be many years before she found out I wasn’t her real mom.

A baby, from the time it is conceived, is a human, a living breathing thing that wants only to live and have that life be happy. I know that. Every time I knew I was pregnant I began caring for my child. I sang to them with my hand on my belly. I talked to them, told them how happy I was and how excited I was to be having a baby. I rocked as I dreamed with them about the exciting life they were going to have. Today I have four grown children who are some of the finest people I know. All four are caring and loving; all four are great parents; all four are givers, hard workers, have strong personal integrity. And all four have worked or are working in fields where they give back to their community. My son was a police officer on LAPD for many years (he was Officer of the Year in 1998). One of my daughters is an ER Charge Nurse for a large hospital and is respected and loved deeply by her co-workers. Two of my daughters are teachers, one teaching pre-kindergarten and one teaching seventh grade. Both love being teachers. My grown children are each other’s best friends.

I had a friend many years ago who became pregnant in her teens. She was living with a man many years older. They did not want a child so they used every means they could to try to get rid of it. She told me once they even used a coat hanger. I cringed with pain for that child. But the child lived anyway and grew up to be a drug addict with almost no self-esteem, a homeless person last I heard. If you were a child in the womb of that mother and you were not wanted you would know it. You would feel it. And once you were born you would spend the rest of your life remembering that.

When I think of a child who knows they are not loved, not wanted, it would feel to me like living in a dark cave, one you would never be able to escape from. You might be able to function, to talk, to hold down a job, to raise children of your own who aren’t wanted and it might mean that no one would know you live in that dark cave. Humans have an almost unbelievable ability to survive no matter the dark forces that lie within them. Some are even able to rise above them. But most don’t. Many of them become abused, the biggest percent by one or both of their parents or someone they know. Many become sexually abused. Most never become caring, nurturing, responsible and mature human beings. Then they perpetuate the misery they live in by re-creating their own childhood in the next generation. Sometimes it goes on for generation after generation. It takes only one generation that wants to turn that around and make a difference to start a cycle of caring, nurturing, responsible and mature human beings.

My paternal grandfather was a womanizer; his son, my father, was a child sexual abuse perpetrator. This recurring succession of events needs to be stopped. We need more parenting classes. We live in a country where all our choices are our own. No one can tell us not to have a child if we are not prepared to raise it responsibly. But everyone who is even thinking of getting pregnant needs to stop and think. Are you ready? Do you have the right reasons? There are too many methods of contraception out there for a woman who decides being a mother is not for her. There is no shame in deciding that you are not meant to be a parent. Not everyone is.

We need to find ways to make children safer, to teach them about perpetrators so they know how to protect themselves and make healthy choices for themselves. But mostly we need to educate our young children on what it takes to be a parent who raises a healthy child. Being a parent is not a status symbol. It is not a right we all want to exercise just because we can. It is a commitment, a promise to an unborn child that we will help them to be all that they can. We must not let a child suffer because of our choices. They will be in charge of our future and if we want it to be a good one, we need to think twice about being a parent and how we will raise our children.